We believe that Mastidoll-3, our innovative Mastitis vaccine R&D activities of which took 12 years will play a big role in providing protection against mastitis disease, which is one of the biggest problems of breeders.

INACTIVE VACCINE THAT IS PROTECTIVE AGAINST SUBCLINICAL AND CLINICAL MASTITIS INFECTIONS

As in other countries, Mastitis is also a serious problem that is commonly seen in Turkey and causes great economic losses. This loss costs billions not only due to milk loss, but also to expenses of veterinary, medicine and workmanship. Moreover, mastitis threatens considerably both amount of milk efficiency and its content in protein and fat.

According to the studies conducted in Turkey, rate of incidence of mastitis is over 35%. 70% of these cases on average consists of subclinical cases. 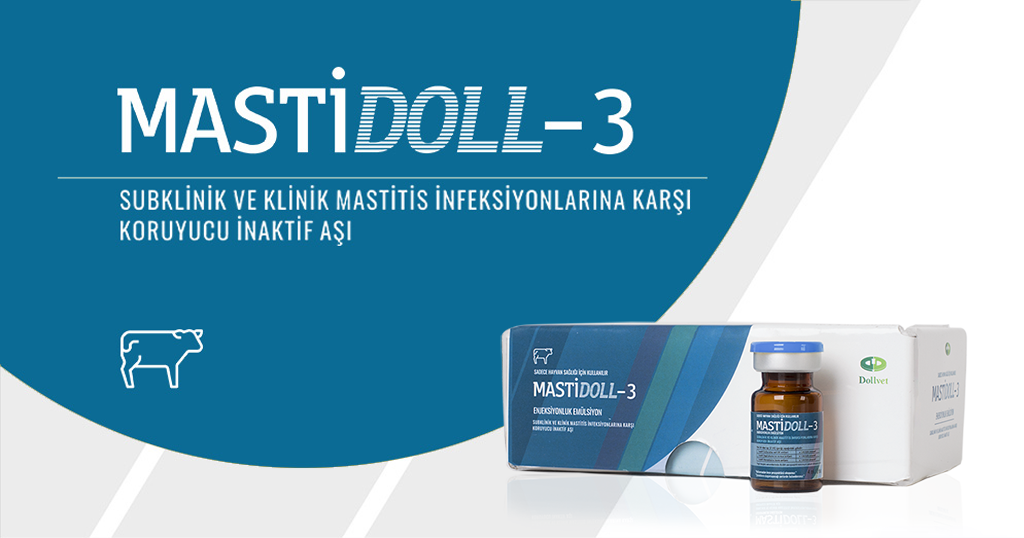 MASTIDOLL-3 is bacterial, oil-adjuvanted, inactive combination vaccine that is prepared to be used as a protector against subclinical and clinical mastitis infections caused by Escherichia coli, Staphylococcus aureus and Mycoplasma bovis in cows and heifers.

We, as Dollvet continue to produce in line with science.

Within this context, this pride and success belong to the whole of the community that makes an effort to contribute to the development of animal-breeding sector of today’s Turkey. We are united and together as we, as a country are today. We will also continue to produce new products consistently with the power we get from you in further periods..